Forge Ahead with Firm Will | Salute to Heroes Marching towards Dangers

Bravery is not an innate attribute, but a choice. The brave choose to march towards danger when others flee. The tides of times bring about wars, diseases, and natural disasters and threaten people's lives. However, heroes emerge from all walks of life who trudge through any dangers. Doctors, soldiers, police officers, media workers ...each of them, bearing in mind their original aspirations and shouldering respective missions, persevere on the front line or rise to challenges. There is also a group of "admirable" heroes around us. They chose without hesitation to serve on the front line of projects despite uncertainties like wars, diseases, and natural disasters. 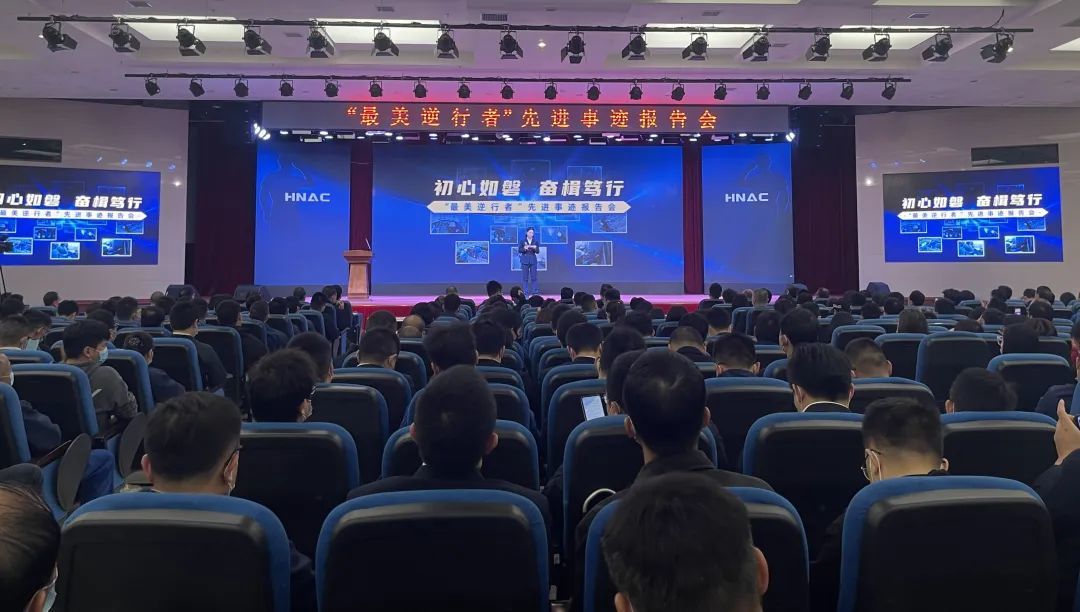 Bravery is not an innate attribute, but a choice. The brave choose to march towards danger when others flee. The tides of times bring about wars, diseases, and natural disasters and threaten people's lives. However, heroes emerge from all walks of life who trudge through any dangers. Doctors, soldiers, police officers, media workers ...each of them, bearing in mind their original aspirations and shouldering respective missions, persevere on the front line or rise to challenges. There is also a group of "admirable" heroes around us. They chose without hesitation to serve on the front line of projects despite uncertainties like wars, diseases, and natural disasters.

On May 10, the "Forge Ahead with Firm Will - Reporting Meeting on Heroic Deeds" was held in the International Technical Exchange Center of the company's base on Lusong Road. With "real, vivid, and warm" as its keywords and centering on projects completed in recent years or under construction, the meeting invited some representatives to share their stories, so as to call on other people to value, remember, carry forward, and pay tribute to what these heroes did and their sense of responsibility. 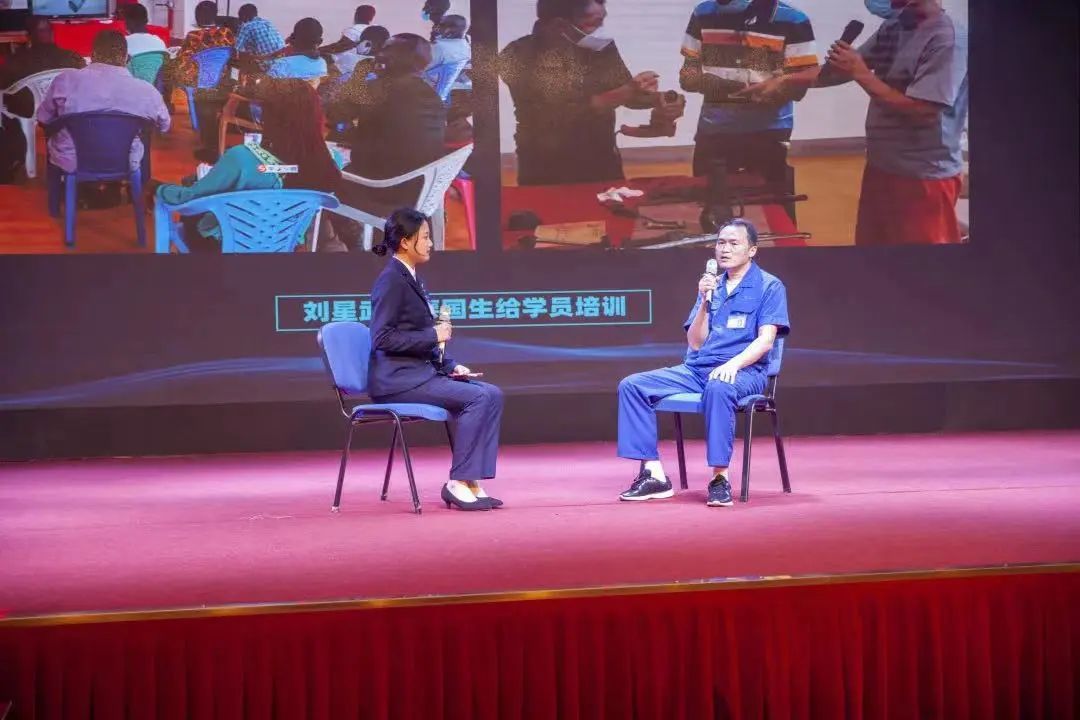 As COVID-19 raged around the world, a technical team consisting of workers from the Intelligent Operation and Maintenance Division, including Qiu Jianqiao, Liu Xingwu, Liao Guosheng, Ling Bin, Li Yubo, and Li Jian, went to Sierra Leone in September 2020 to ensure the smooth implementation of a technical assistance project for three local hydropower stations. At the meeting, on behalf of the project team, Qiu Jianqiao introduced the 463-day aiding project.

While focusing on project construction and technical training, the team also had to pay attention to COVID-19 and malaria prevention and control as well as logistic support. Through reasonable divisions of labor and joint efforts, the team finally finished all project tasks with high quality, winning high praise from the project's owner.

"The company is our second home," said Qiu firmly. Support and concerns from their families encouraged them to forge ahead bravely. They not only play the roles of sons, husbands, or fathers but are the pioneers of the "going global" strategy for the company's operation and maintenance services.

02 | Behind the Honor of Medal of the Knight 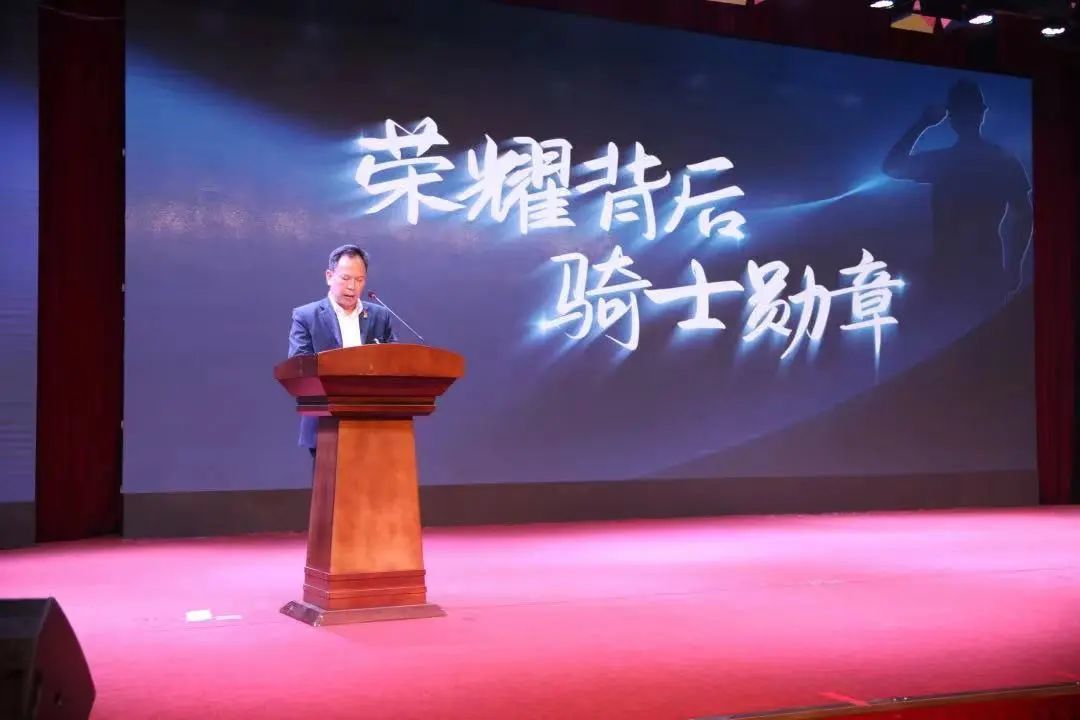 "The success of an engineering project is not achieved by a single person or department, but through concerted efforts of the whole company." In August 2021, the Boali II Hydropower Station Project in the Central African Republic in which the company participated was completed. Project Manager Yang Xian was invited to attend the completion ceremony on behalf of the company and awarded the Medal of the Knight (Medaille de la chevalier) of the Central African Republic by its president. At the meeting, Yang shared the story behind the glory.

The project once stagnated due to the pandemic and civil war, and panic and anxiety weighed down everyone's heart during the emergency evacuation. When the chaos of war dissipated, the pandemic was still severe. So the project team made rational arrangements and cooperated with relevant parties closely, thus overcoming all difficulties and eventually completing the project on time. They practiced the company's spirit of being "honest, pragmatic, cooperative, and aggressive", and their deeds fulfilled the company's responsibilities and laid a solid foundation for overseas market development.

03 | Forge Ahead on a Journey Alone 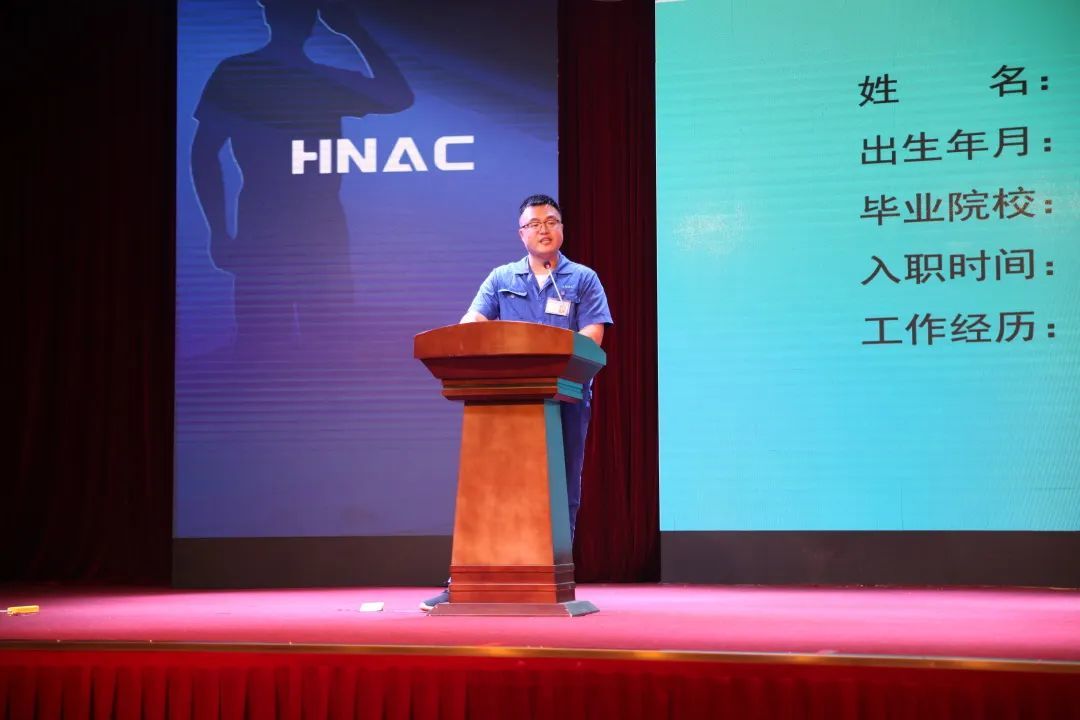 "The world is so big that I want to have a look at it." It encouraged a young man with dreams to embark on a journey to Kasanjiku in Zambia, Africa, alone. Zhang Longfei, a post-95s guy who just started his career, shared the difficulties he met and the lessons he learned on the site of the Kasanjiku Mini Hydropower Station Project with several interesting stories. In the face of a harsh work environment, great work pressures, and loneliness, Zhang experienced emotional breakdowns multiple times. He struggled to adapt and stumbled to progress. With support from company leaders and his firm belief, Zhang finally pulled through all challenges, achieving personal growth and a sense of belonging.

"Where duty calls, there I shall be." A few words reflect Zhang's strength and determination to brave dangers and fight until the end.

04 | Rise to Challenges and Blaze a Way Out 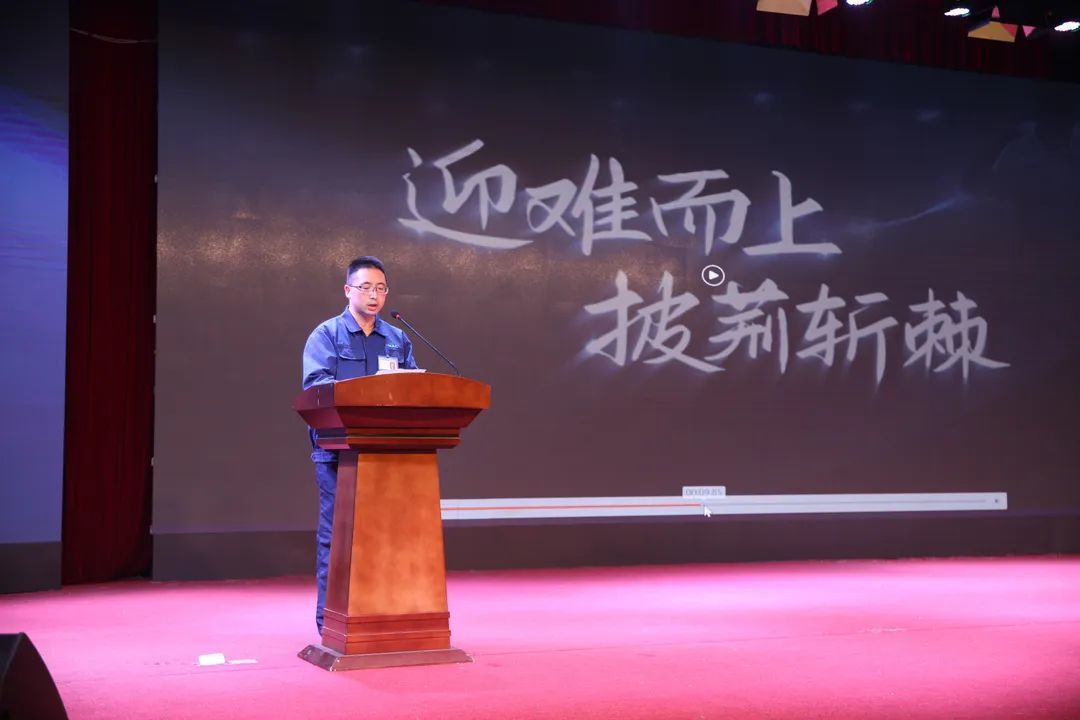 High-quality, efficient services are a strong backup of the company. To practice the service concept that "client satisfaction is our supreme pursuit", the service team goes from one project site to another all year round to solve difficult problems for clients and ensure the smooth delivery of projects.

Director Liu Xingwu shared several ordinary yet touching stories about the company's domestic projects with its subsidiary JINGSHI Electromechanical: After barely escaping from a sudden debris flow, the team, instead of taking care of themselves, tried their best to help the owner check the damaged equipment in the station and donated to the family members of the locals who lost their lives in the disaster. During the first outbreaks of the pandemic, to solve the shortage in mask supplies, the team assisted mask manufacturers in reopening production lines. Many times, they stood fast and remained on project sites to tackle challenges ... 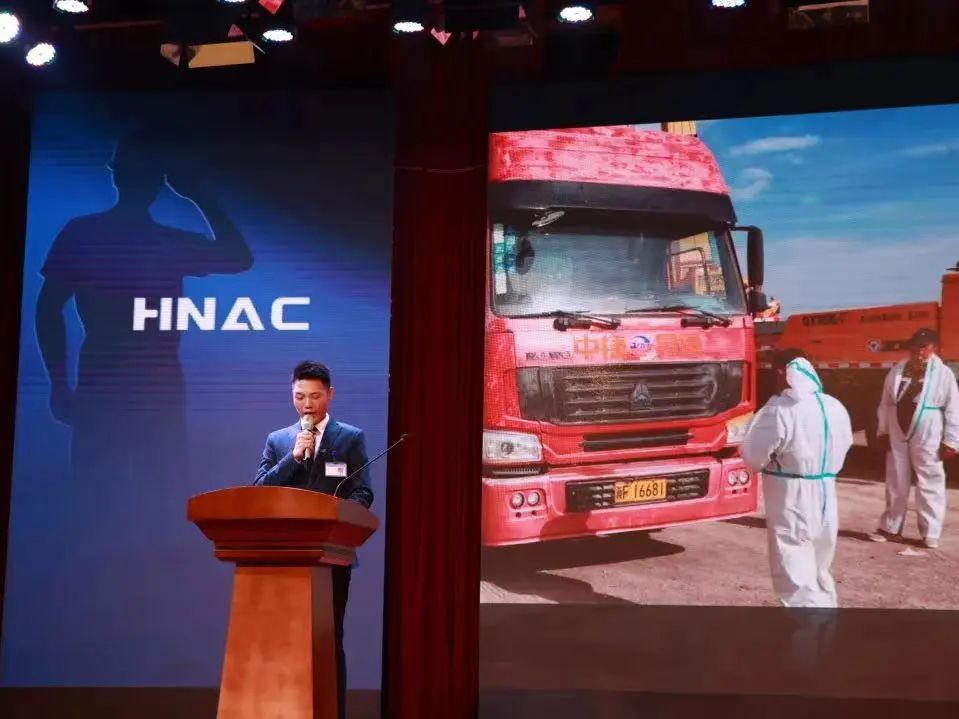 Under pressures of the unpredictable overseas situation and ongoing pandemic, the overseas project team of the company and its subsidiaries Beijing Grant and Gelaite bravely set foot abroad regardless of any immediate risks. They handled pressures with perseverance and progressed with practical deeds. With outstanding expertise and a strong sense of responsibility, they solved difficult problems and obtained projects one after another, and won the trust of clients.

With faith in their heart and responsibilities on their shoulders, the heroes chose to march forward bravely. The company has many other people like them. As the battle continues, our heroes are still fighting on the front line. Let's salute them!

Ignite the Field With Passion—A Look at the Sports Meeting 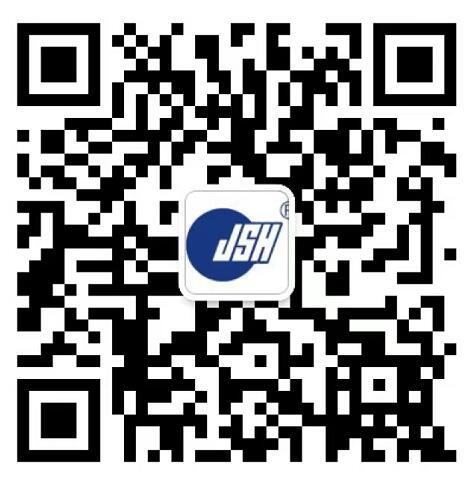